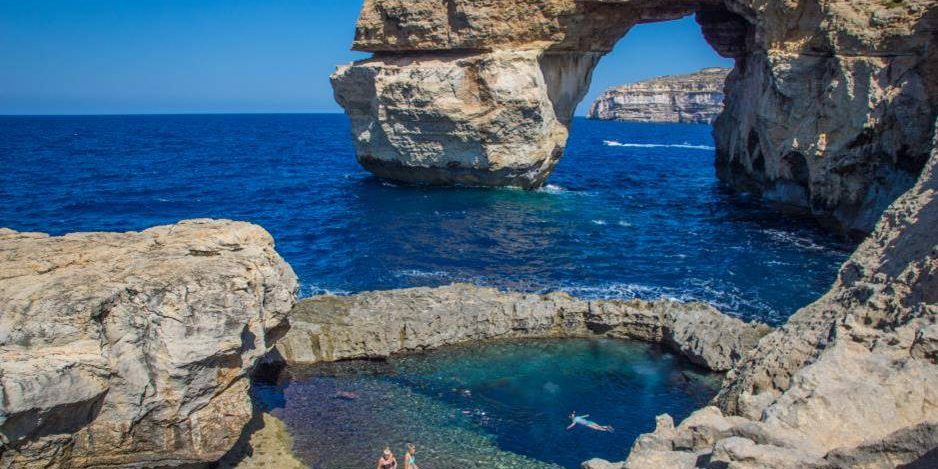 A holiday in Malta is on many European traveller’s wish lists but is one of the travel options people often know little about, as opposed to popular holiday destinations such as France, Spain, Italy and Greece.

What sets Malta apart from the rest and makes the island nation a must-see holiday destination?

The National Museum of Archaeology is housed in the Auberge de Provence, in Republic Street, Valletta. The Museum exhibits a spectacular range of artefacts dating back to Malta’s Neolithic period (5000 BC) up to the Phoenician Period (400 BC).

St John’s Co-Cathedral is a gem of Baroque art and architecture. It was built as the conventual church for the Knights of St John. The Grand Masters and several knights donated gifts of high artistic value and made enormous contributions to enrich it with only the best works of art.  This church is till this very day an important shrine and a sacred place of worship. It is also a venue for cultural events.

This fabulous museum reopened in 2015 in the renovated Fort St Elmo. It covers Malta’s wartime history, from the Great Siege and the country’s ordeal during WWII, right up to Malta’s role in the Cold War and today’s Europe. There are absorbing audiovisual displays, which bring history to life and illustrate aspects of war such as the struggle to get supplies through to the islands under German bombardment.

The Ħal Saflieni Hypogeum is an underground prehistoric burial site. Discovered in 1902 during construction works, the site was first excavated by Fr Emmanuel Magri between 1904 and 1906.

The Manoel Theatre was constructed in 1731 by Antonio Manoel de Vilhena, a Grandmaster of the Knights of St. John with the intention of providing an “honest recreation of the people” in the heart of Valletta, a purpose which is recorded in a Latin inscription above the main entrance. It is actually one of the oldest theatres in Europe where acting and music are still performed on stage till this very day.

This is Gozo’s, and arguably Malta’s, best beach. A wide stretch of red sand, it is often referred to locally as “Ramla il-Ħamra” – the Red Sandy Beach! Ramla is a wonderful place to swim, snorkel and chill out in the sun.

The Marine Park in Malta invites animal lovers to experience an innovative way of learning more about animals, this is a unique opportunity for both children and adults to admire, learn, enjoy and interact with dolphins, sea lions, parrots, iguanas and more. See, hear and touch animals under the guidance of professional animal carers.

The Palace Armoury is one of the world’s largest collections of arms and armour that is still housed in its original building. The Knights of St John were a unique brotherhood of resolute warrior monks. From Malta, their island stronghold, these combatant aristocrats from the noblest houses of Europe, carried out their relentless crusade against the Ottoman Turks in defence of the Catholic faith. The Palace Armoury is certainly one of the most visible and tangible symbols of the past glories of the Sovereign Hospitaller Military Order of Malta.

Situated between Malta and Gozo, the smaller island of Comino is a paradise for snorkelers, divers, windsurfers and ramblers. An amazing nature site, the Blue Lagoon is a mesmerizing scene of crystal-clear turquoise waters.
Swimmers will enjoy the perfectly temperate, clean waters of the lagoon, which is equivalent in length to several Olympic-size swimming pools.

The Ħaġar Qim Temples & Mnajdra Temples Park are surrounded by an archaeological park that preserves the strikingly dramatic context of high coast, cliffs and a 17th century watch-tower. The temples are exposed to natural erosion, but the European Regional Development Fund has financed the building of protective shelters to slow down this erosion, which are also a useful refuge for visitors from rain and sun.

The noble military provenance of the Vittoriosa Waterfront has given way through the centuries to the glamour of the super-yachts that now speckle the dedicated dockyard. Vittoriosa’s wharf has been in use since Phoenician times. It was the primary naval base of the Knights of St John, and later of the Royal Navy. The Maritime Museum occupies what was once the British Naval Bakery, whilst the Casinò di Venezia is situated in the building of the former British Admiralty.
The Vittoriosa Waterfront is now home to an array of fine restaurants, and provides a resplendent setting for a relaxed lunch or evening meal.

Located in the heart of picturesque Naxxar, this stately home is a place of wondes that begs to be explored. On visit you will discover the intricate nuance of Malta’s historic nobility and their enchanting way of life. Touring this stately home offers great insight and sparks the imagination – whether you find yourself seeking inspiration from the grand ballroom, the detailed family chapel or the fabulous walled gardens and orangery, you will find it.

The Malta Classic Car Collection situated in Qawr
The lovely 3000 square metre museum, reached through a regal marble staircase, today comprises classics such as Alfa Romeo, Austin, Jaguar, Fiat, Ford, MG, Mini, Sunbeam, Triumph, as well as most modern BMWs, Jaguar and Ferraria is considered to be amongst the best Classic Cars Museums in Europe as well worldwide.

More from The Executive Escapes Blog