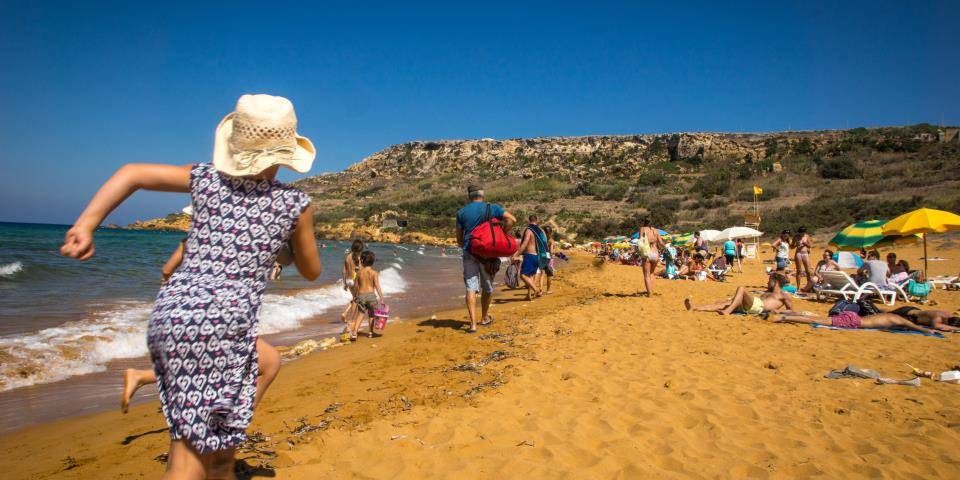 With a history that goes back a thousand of years, Malta has a number of beautiful secrets. Some of them may not be that big of a secret anymore, but there are still a few beautiful places that not that many people know about.

In the city of Mosta there is a beautiful dome-shaped cathedral that is really worth a visit. The story behind this holy cathedral is special. During the war, half of the city was praying, when a German airplane bomb felt trough the dome.
This is the moment where everyone thought the dome would explode, but it didn’t. Every believer knew for sure: this is a sign of God. The sign that the allies would win the war.

The bomb, without his ignition mechanism, is now a holy object and is shown in the cathedral.

In the North of Malta you can find the Dragonara Cave. Not even all of the Maltese citizens do know about this cave which makes it very special.

The only way to enter this cave is to jump of the cliff (about 6 meters) or by kayak. To get there, you’ll have to hike a little, but the view is amazing. The water is crystal clear and the atmosphere is something you never experienced.

Secret Passage In St Gregorys (A Hidden Tunnel Of Bones in One Of Malta’s Oldest Churches): In the 1960s, locals discovered a secret passageway in one of the oldest churches in Malta. Within, they found a wooden shoe sole, a small wooden cross, three coins, pieces of pottery, chainmail armour, and a large pile of human bones.

Lascari’s War Rooms: Located 150 feet under the upper Barracca and the Saluting Battery in Valetta, the Lascaris war rooms represent one of Malta’s best kept secrets for world war II.

The war rooms consist of a network of underground tunnels that housed Britain’s war HQ in Malta from where the defence of the island against Axis aggression was waved and all offensive operations in the Mediterranean were directed.

More from The Executive Escapes Blog